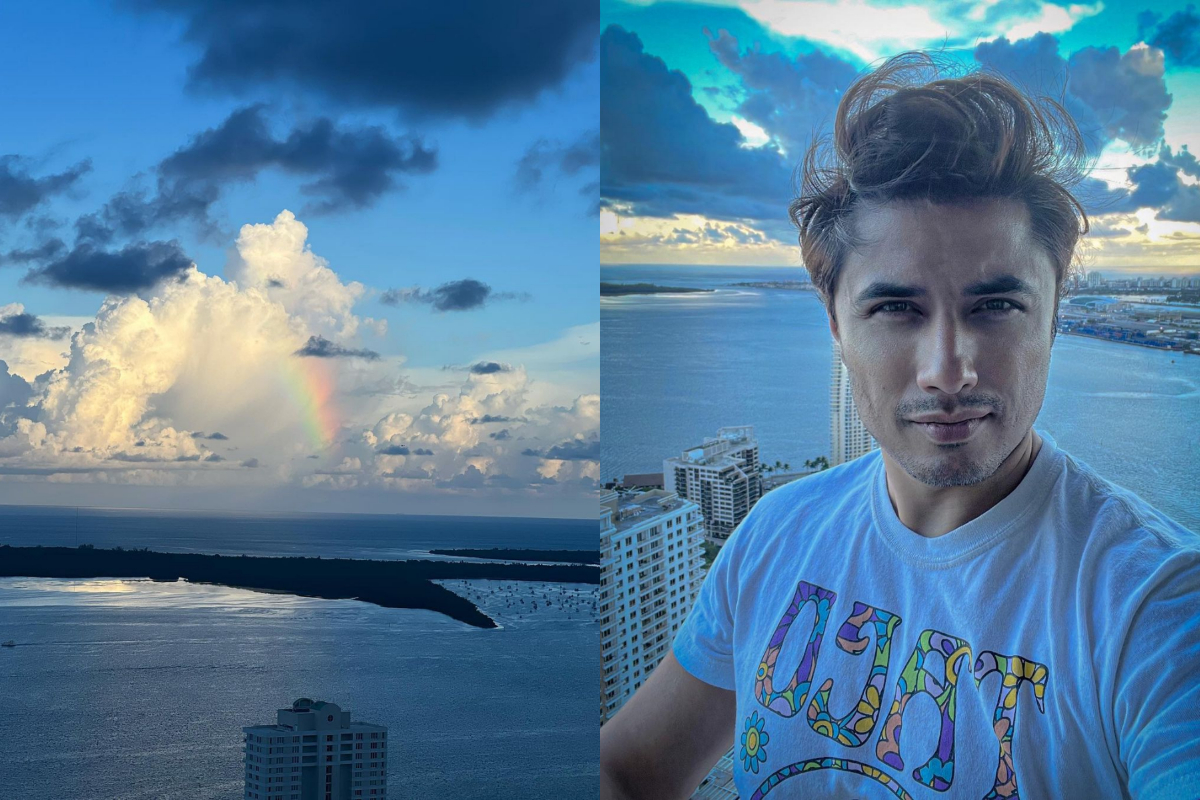 The well-celebrated pop star of Pakistan Ali Zafar recently shared some of the adorable clicks from his trip to Miami. Fans are loving these fun pictures of  the beautiful views.

Taking to his Instagram stories he shared some beautiful aesthetics from his vacation diaries features rainbow on the sky;

Ali Zafar is a Pakistani singer-songwriter, model, actor, producer, screenwriter, and painter. Zafar started out on Pakistani television before becoming a popular musician. He later also established a career in Bollywood and his success led many Pakistani actors to venture into Hindi films. He has received five Lux Style Awards and a Filmfare Award nomination. In 2021, the Jhoom crooner was awarded the highest literary award, Pride of Performance, for his contribution and achievements in the field of arts and music.

The Channo singer doesn’t usually share his family pictures on social media. But recently the star treats his fans with some adorable family pictures having fun in breathtaking views.